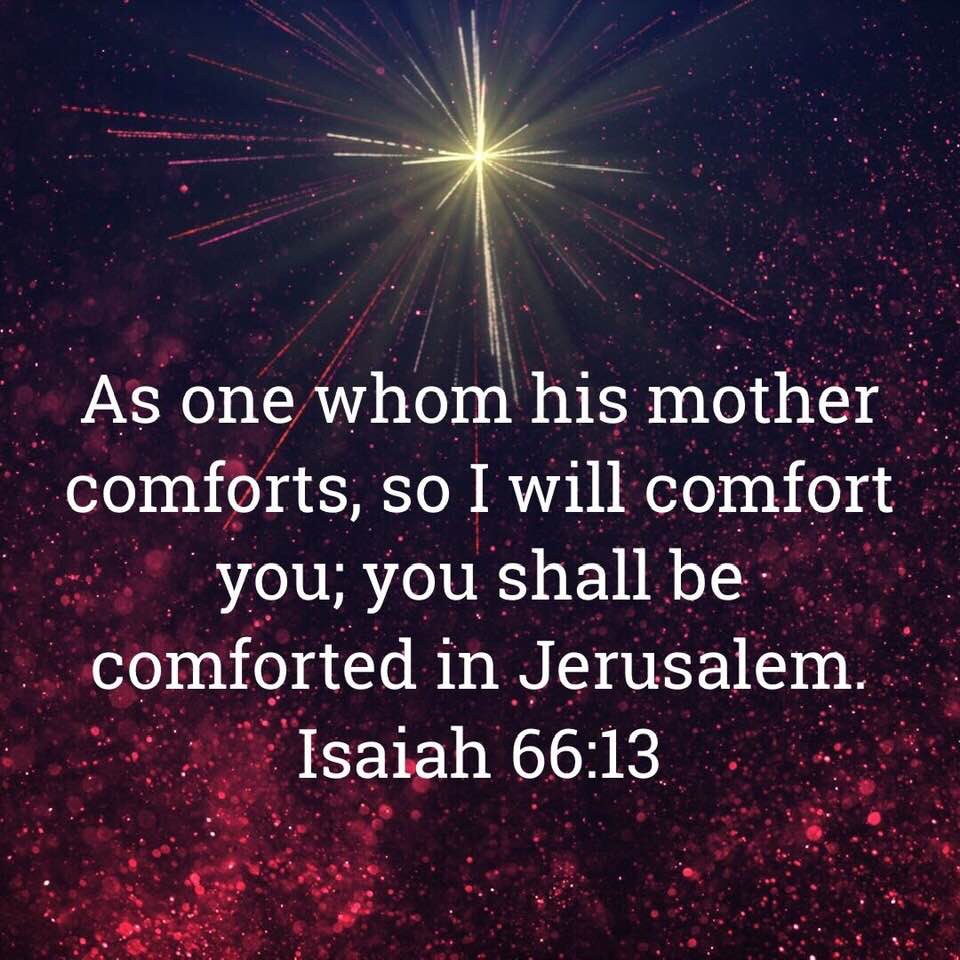 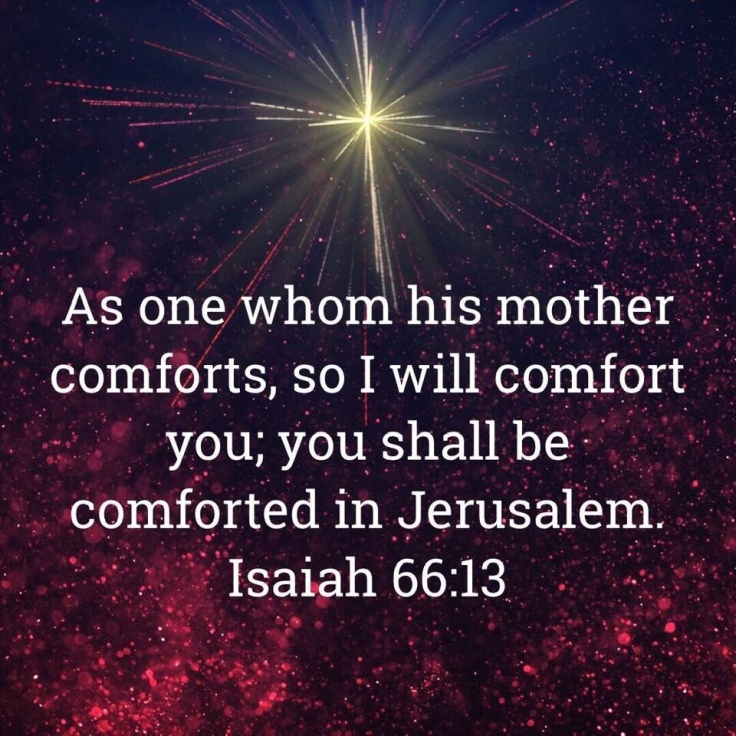 God is compared to the kind of mother who comforts her child. Long ago in college I sat at my desk in shock when my professor, a former African missionary, told us God has no gender. I had always thought of God as male. Yes, God entered the flesh of a male and lived here on earth to show us who God is but God is not limited to our humanity. God is not human, thankfully! God is a Spirit.

Here, God is compared to a woman, a mother who loves her child. This is fitting in this context because Israel, God’s people had sinned and God is expressing his everlasting love for them. God’s Love for them is like a good mother’s love. A good mother loves their child despite their sin.

In college my class was asked to come up with a word that best described God. The majority of the class said, “father.” In Africa, where my professor opened a seminary, when this same exercise was done the majority of the class said, “mother.” This is just a difference in our cultures. I think we can conclude God is a good parent, the best parent. God is greater than the best parent we could ever imagine!

Our limited human minds struggle for ways to create perfect analogies to express what God is like because God isn’t like anything else we know. No analogy expresses God perfectly. In English we only have male and female pronouns to use when talking about God. In other languages there’s a neutral pronoun. For example, Spanish assigns a gender to everything. A Bible is female, the church is female, a book is male, a pencil is male but a pen is female. Some nouns can even be both feminine and masculine like the sea: el mar or la mar. Few items lack gender in Spanish but there is an article, “lo” that is gender neutral. Perhaps this is the best one used for God?

However we address God in our hearts, God is unchanged and desires to give us comfort, the kind that can only come from God, divine comfort. We cannot get this from another human or anywhere else. It only comes from God.

As a mother comforts her child, God will comfort us. Sometimes God is best described in feminine terms as done here in this verse.

This is a text widget, which allows you to add text or HTML to your sidebar. You can use them to display text, links, images, HTML, or a combination of these. Edit them in the Widget section of the Customizer.